For the past 27 years, Harold Owens has specialized in the field of addiction recovery.

In 1996 he became the Program Director for the Exodus Treatment Center in Marina Del Rey, CA where he worked extensively in the treatment for members in the entertainment, legal and medical communities. Mr. Owens and has served as a consultant for the State of California’s Impaired Physicians Program, implementing substance abuse treatment strategies for physicians who were either mandated to or volunteered to undergo substance abuse treatment. 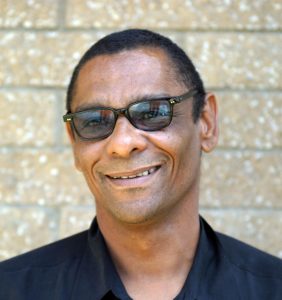 In 1999, he was hired by the MusiCares Foundation, the charity arm of The Recording Academy (The GRAMMY Organization). As senior director of the MusiCares/MAP Fund, he is responsible for the implementation of all aspects of its addiction recovery programs including treatment services, case management and provider contracts. He is also a frequent moderator and panelist at a number of national music industry conferences that address the problems of addiction in the music and entertainment communities.

In October 2001 and again in 2006, Harold received Official Commendations from Mayors’ James Hahn and Antonio Villaraigosa for Outstanding Service in the Field of Addiction Recovery.

Born and raised in Los Angeles, CA, Harold has been a board member of a number of non-profit charity organizations that include Miriam’s House, a recovery home for women with children and most recently, Rwanda Rocks, the first music school for children and teens in Kigali, capital of Rwanda.

Harold Owens On Steppin’ Out Radio