Alcoholism doesn’t run in families. The truth is that it stomps all over them, creating a sort of generations-long family hangover that BA Austin brings vividly and poignantly to life in Smell the Raindrops: One Young Woman’s Journey through Life, Love, and Recovery (Crescendo Press) her powerful fictional memoir about relationships and the challenges of being a Southern Belle baby-boomer born into significant wealth. 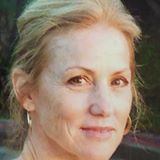 Meet Bethany Ann, whose colorful family was one of the wealthiest and most respected in Memphis society. “We lived in a dramatic 10,000- square-foot Japanese-styled house with floor-to-ceiling windows right in the middle of Memphis,” says Austin, who has a Masters of Arts and lectures regularly on art history. “In 1960 it won the first honor award of the American Institute of Architecture. I went to an elite private school.  We had a live-in housekeeper and a chauffeur. It is fair to say that I grew up privileged.”

Of course, other folks in the segregated South had it less easy.   Especially if they were black. Austin’s artful depiction of the commonplace difficulties and indignities of everyday life for Memphis’ African Americans, is beautiful and evocative. That one of them turned out to be the most influential person in Austin’s life adds a dimension to a story that it as much about human dignity as it is about the ravages of alcohol.

Smell the Raindrops is, in many ways, an ode to a poor black woman who filled an empty place in young Bethany Ann’s life. “Segregation and social injustice created a peculiar bond between African-American women and the white children they so often raised as their own,” writes a reviewer in Style Magazine. Smell the Raindrops brings that bond palpably alive as     Karine, the family nanny, becomes a lifeline of love and acceptance.

“Karine was the most hopeful, loving, optimistic woman I’ve ever known,” says Austin, remembering the woman who essentially brought her   up, taught her dignity, and never wavered in her support. “She helped instill so many important values and life lessons in me at such a young age. The words segregation and discrimination, so much a part of Memphis in      the 1960s, were concepts that were completely foreign to me,” explains Austin.

“As a ten-year-old, I vividly remember taking bus trips with Karine and only wanting to sit with her in the back of the bus in the “colored section.” While some “proper” white people would stare and whisper disapprovingly, I would simply stare back at them, never feeling scared or threatened as I knew that being with Karine brought me all of the comfort that I would need.”

Austin goes on to say that, “I had the pleasure of accompanying Karine to her church many times and would be the only white face in attendance. When one woman asked her why she continued to bring that “white child to church,” Karine replied that she loved me as if I were her    own.” Yet, not even unconditional love could immunize her against alcoholism, or “funny breath,” Bethany Ann’s euphemism for it. In many    ways, given her genetics, Austin was predisposed to drinking. Her family tree was suffused in alcohol.

“Everybody drank in those days,” she remembers. “It was the Mad         Men era when I was girl. Being a proper Southern young lady, I managed to escape it for thirty years. But eventually it caught up with me.”

Smell the Raindrops is most compelling when it describes the  temptations of alcohol for someone trying to give it up. Austin’s thirty-day  stay, two decades ago, at the famous Betty Ford Clinic, plus all the hard  work and determination of following the “one-day-at-a-time” AA motto, has  kept Austin sober since 1997. And not a day goes by when she doesn’t thank God for Karine. “We were wealthy. She came from a poor black neighborhood at the peak of the civil rights movement. We met at the heart.  She’s still always with me.”

Style Magazine says Austin infuses “each page with a deep sense of place and time. [Smell the Raindrops] is a journey across America, across several generations, bringing readers intimately close to day-to-day events that shaped our history.”

BA Austin is an independent art history lecturer with a Bachelor of Arts degree from Bowdoin College and a Master of Arts degree from the University of Memphis. She completed in-depth studies in Italy on Florentine Renaissance art. Ms. Austin has worked in the museum and academic fields for thirty years. She lives in southern California near her son, daughter, son-in-law, and three grandsons who are the joys of her life.

BA Austin on Steppin’ Out Radio