Bob Richards has been a NAADAC board member for the past twelve years. He has served as President of AADACO, the Oregon NAADAC affiliate, NAADAC Northwest Regional Vice President for two terms, treasurer, President elect and has been involved in numerous committees which include: The finance committee, personnel committee, NCC/NAADAC ad hoc committee, tobacco awareness committee, membership committee, capital campaign and development committee, bylaws committee and veterans committee. 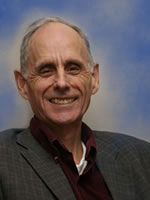 In 2013, Richards retired from the position of Executive Director of Willamette Family Inc. which operates eight facilities in Eugene, Springfield and Cottage Grove Ore. During his 27+ years as an addiction professional he has worked as a counselor, clinical supervisor, administrator and educator. He is a past member of CAAP, the ATTC founded Consortium for the Advancement of Addiction Professionals and has been a member of various state and local groups and taskforces including a detoxification taskforce and a heroin task force. He has also served as a peer reviewer during numerous site reviews for the State of Oregon Office of Mental Health and Addiction Services. Richards is an experienced trainer specializing in cultural aspects of addiction, spirituality, advanced counseling skills and other topics.