“I began my journey on prescription medications with utter ignorance. It never occurred to me that the pills were addictive – or that they had side effects. As time went on I felt as though portions of my personality were dying. I felt as if the fiber of what constructed my personality – my soul, and subsequently, my connection to life was lessening.” 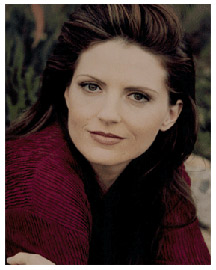 “I can’t sleep. That simple phrase sent me down a ten-year debacle into horrifying depths. It began with a prescription for a tranquilizer that initially worked wonders. However, within a short period of time my body grew accustomed to the drug and it took larger doses to have the desired effect. Then a massive amount of one drug became two prescriptions and this ruse continued until at the end, I was taking over 1,000 pills a month with anxiety and depression filling every waking moment. Sleep no longer provided relief as my insomnia deepened and I roamed the house completely agitated. I was on Klonopin, Restoril (Temazepam), Ambien, Effexor, Sinequan as well as Oxycontin, Hydrocodone (Norco) and Zanaflex for severe pain.”

“I was unable in to engage society and spent ten long and excruciating years on disability. My world shrank to the confinement of my home, as agoraphobia became my constant companion. The thought of going to the grocery store would leave me paralyzed with fear. Short-term memory loss increased and left me embarrassed to converse even with those I loved.”

“I’m not sure when my awareness surfaced that the magic pills I had been taking were actually killing me. I was told that the medications were non-addictive and could be stopped by first cutting them in half and then continuing to reduce the amounts from there. I did as instructed and never could have been prepared for the withdrawals that gripped me. My depression deepened and anxiety ripped through my core. The electrical zaps left my brain feeling as if it was cracking. A tiny movement would send a jolt through my head and had me convinced I had a massive tumor. Every medical test I took only proved that I was overreacting.”

“I began to hallucinate and suffered blackouts while the voice in my head tried to convince me that suicide was the only solution. Eventually I sought help at Cirque Lodge in Utah, whose alumni celebrities include Lindsay Lohan, David Hasselhoff, Mary-Kate Olsen, Richie Sambora, Eva Mendes and Kirsten Dunst. I popped my last two pills on the plane just prior to landing. They confiscated my medications the minute I arrived, and that’s when the real horror began. I couldn’t sleep or lay down for longer than 5 minutes for 17 days straight. The withdrawals took months to subside. I was only 45 years old.”

“Yet it was in treatment, amidst addicts from all walks of life and with most of the acute withdrawals behind me, that I felt the travesty facing our society. I watched those quitting illegal drugs struggle, but they were through the worst within in a few days. It was those of us on prescription pills that spent many weeks in relentless blood-curdling withdrawal.”

“The Cirque Lodge staff was kind, patient and provided the nurturing environment I needed to survive my “cold turkey” withdrawal, and their horse program allowed me to reconnect to the world of nature. Although I suffered excruciating withdrawals, I am eternally grateful for their support in my time of greatest need. It was a terrifying experience that brought me to my knees and had me convinced that I would never be normal again.”