In her early twenties, Carolyn recovered from anorexia nervosa, earned two masters degrees, became a teacher and began her career as a psychotherapist. A passionate and dedicated educator Carolyn taught high school and community college for 8 years and brought teaching to her role as an eating disorder therapist. 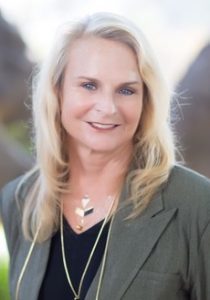 After successfully treating her first eating disorder client in 1979, Carolyn recognized this was her calling. Her continued success led her to develop and direct several inpatient eating disorder facilities during the period of 1987 to 1996.

In 1996, Carolyn created Monte Nido, the first licensed, residential eating disorder treatment facility in a home setting. She was the first to combine state of the art eating disorder treatment with eastern healing modalities, such as yoga and meditation. She was first to speak out that people with eating disorders could be fully “Recovered” and first to openly hire recovered therapists. Knowing that role models, trust and relationships matter, Carolyn created a program where staff and clients shop, cook and eat meals together like a family. Carolyn wanted clients and their families to have a healing environment where professionals delivered expert care and clients acquired the knowledge and skills necessary for long-term recovery.

Carolyn’s personal history of an eating disorder, her humanistic relational approach, her acclaimed speaking engagements, her six books and Monte Nido’s highly successful outcome study (Brewerton & Costin, 2011) have resulted in Carolyn being one of the most respected and sought-after leaders in the eating disorder field.

A large percentage of Carolyn’s career has been lecturing, training, teaching and supervising clinicians, dietitians and physicians. Many regularly attend a monthly study group for professionals Carolyn began in the mid 1980’s. An official CE provider, through the California Association of Marriage and Family Therapists (CAMFT) and the National Board for Certified Counselors (NBCC), Carolyn continues to travel nationally and internationally educating professionals and the public about eating disorders.

She is a Fellow of the Academy of Eating Disorders and stays involved in many professional eating disorder organizations, as a member, speaker, consultant, or a collaborator on projects, such as her work with Project Heal, training eating disorder mentors for Communities of Healing.  In early 2017, Carolyn opened The Carolyn Costin Institute, which offers Eating Disorder Coach Training, Mentor Training, Continuing Education for clinicians as well as other specialized training.

Carolyn Costin on Steppin’ Out Radio