Leigh Steinberg has dedicated his 40-plus year career of representing athletes to harnessing the power of sport for the betterment of society. Leigh’s basic principles and strategies for athlete management, branding, role modeling and shared values have carried him throughout an evolving sport industry. He has represented many of the most successful athletes and coaches in football, basketball, baseball, hockey, boxing, golf, etc., including the number one overall pick in the NFL draft for an unprecedented eight times in conjunction with 62 total first round picks. Furthermore, Leigh has represented other notable athletes such as Oscar De La Hoya and Lennox Lewis, as well as multiple Olympians and professional teams. With an unrivaled history of record-setting contracts, Leigh has secured over $3 billion for his 300+ pro athlete clients and directed more than $750 million to various charities around the world. 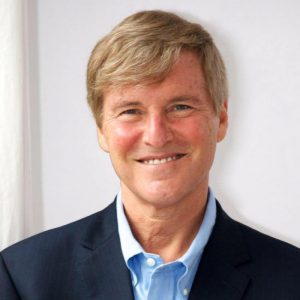 Leigh Steinberg is easily distinguished from others within his profession by his passion for giving to those less fortunate and his endless campaign to make our world a better place. He has received commendations from Congress, State Senate, State Legislature, several Presidents, the Los Angeles City Council and many more. He has also been awarded the ‘Keys to the City’ in San Francisco, CA, Memphis, TN, Jacksonville, FL and Concord, CA. In 2017, Leigh was inducted into the California Sports Hall of Fame.

His efforts to save the Giants led then San Francisco Mayor Frank Jordan to declare ‘Leigh Steinberg Day’ in the city. In 1994, then-Oakland Mayor Elihu Harris utilized Leigh as a consultant in his successful bid to prevent the Oakland Athletics baseball club from relocating. Leigh also served as Co-Chairman of the ‘Save the Rams’ committee in its attempt to keep the franchise from leaving Southern California.

Leigh is often credited as the inspiration for the Oscar-winning film Jerry Maguire. In addition to receiving a production credit for the movie, Leigh also consulted on features such as Any Given Sunday, For Love of the Game, and Arli$$.

Leigh wrote a best-selling book, Winning with Integrity, providing insight on how to improve life through non-confrontational negotiation. Furthermore, Leigh’s most recent book, The Agent: My 40-Year Career of Making Deals and Changing the Game, details his decades of dominance in the sports industry and sheds light on overcoming his personal struggles to launch his comeback. Leigh has been rated the #6 Most Powerful Person in the NFL according to Football Digest and the #16 Most Powerful Person in Sports according to The Sporting News, and was the only agent that made Sports Illustrated’s list of most influential figures that shaped the NFL’s first 100 years.

Leigh was born and raised in Los Angeles by his parents, a teacher and librarian. He obtained both his undergraduate and law degrees from Cal where he was student body president during each tenure. He resides in Newport Beach and has three children.

Leigh Steinberg on Steppin’ Out Radio