Famous for his inexhaustible energy and loved by all who know his work, Joe Pantoliano is an acclaimed actor, producer and best-selling author.  “Joey Pants,” as he is affectionately known,  is revered and honored for his unique and entertaining portrayals and boasts more than 160 film, television, and stage credits. 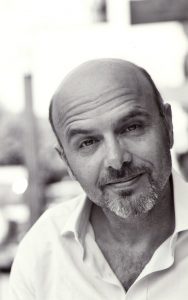 Pantoliano’s resume is a catalog of classic American film and television titles, a testament to his uncanny ability to pick a winner.  A favorite player, wielded by master film makers like Christopher Nolan, Steven Spielberg, Andrew Davis, and the Wachowskis, he is a dependable scene stealer.  Pantoliano’s theatrical work is a grand collection of memorable roles from beloved films like Risky Business, The Goonies, La Bamba, Midnight Run, Empire of the Sun, The Fugitive, Memento, Daredevil and both the Bad Boys and The Matrix franchises.  But he might be most noted for his Emmy-award winning performance as Ralphie Cifaretto in HBO’s landmark drama The Sopranos.

During this same period, Pantoliano wrote and published the New York Times bestseller Who’s Sorry Now: The True Story of a Stand-Up Guy.  It’s his bittersweet memoir of growing up in an Italian-American family in New Jersey.  He would also write and publish its sequel, Asylum: My Hollywood Tales Through The Great Depression.

Pantoliano’s behind-the-camera work includes producing and starring in the CBS drama pilot Waterfront as well as writer/director Joe Greco’s thought-provoking feature Canvas (opposite Marcia Gay Harden).  Inspired by his role this role, Pantoliano founded the non-profit organization “No Kidding? Me Too!” which is dedicated to removing the stigma associated with mental illness.  He resides in Connecticut with his wife Nancy and is currently filming Bad Boys For Life with Will Smith and Martin Lawrence. 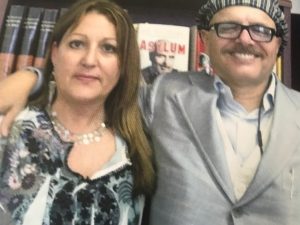 Joe Pantoliano on Steppin’ Out Radio

Joe Pantoliano’s No Kidding, Me Too!