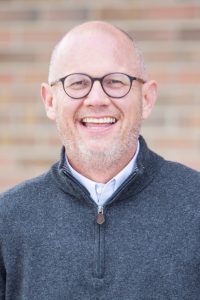 “I was driving home from work one day, and it was pretty stressful. I was thinking about leaving the protection of residency, going into private practice,” he said.

On the outside, Dr. Loyd’s life would have appeared picture perfect. He was married to a loving wife, had two young children, and was embarking on a lucrative career. However, there was more than meets the eye.

“I was depressed, anxious, and I reached over at a red light there in the Tri-Cities, flipped my glove box open in my truck, still not sure why I did that, and there were some leftover hydrocodones from a dental visit, months prior to that.”

He took a pill from the bottle.

“I broke it in half, and I took one, and my house was about a 10-minute drive from where I was, and when I got home, I felt like I’d found a cure for my depression and my anxiety, and really that was the start.”

Over the next three years, he continued to abuse prescription pain pills.  However, over time, his body built up a tolerance to the medicine and he needed increasingly more pills to get high.

His fellow physicians even wrote prescriptions for him, thinking Dr. Loyd was taking the pills for legitimate reasons.

“I had an unnecessary surgery on my ankle to get pain pills. I subjected myself to anesthesia, to a recovery period,

Dr. Loyd’s abuse of prescription pills went on for more than three years, all while he was a practicing physician. He says he was able to treat patients, teach students, and maintain his professional responsibilities; however, his personal life began to crumble. He said he was forced to face his addiction after his father caught him taking a handful of pills and confronted him about.

Dr. Loyd said he initially denied he had a problem but soon after he agreed to get help.

His bosses granted him a leave of absence from his job in Johnson City. He spent five days detoxing at the Vanderbilt Institute for the Treatment of Addiction.  He then spent 90 days at the Center for Professional Excellence in Nashville.

“The thing I’m most happy about every day, when I get up in the morning, I don’t have to go searching for pills.”

Dr. Loyd still makes himself available for random drug testing, which he has pledged to do the rest of his life.  His career is now devoted to helping Tennesseans beat addiction, and he says to those who may be struggling with it, “There is life on the other side, and you don’t have to keep living like that.” He preaches a message of optimism and hope.

“There are people that care about you and love you, no matter where you are, I promise you that. I’m one of them.”