Howard C. Samuels is the longtime founding director of The Hills Treatment Center in Los Angeles.  He’s also an addict himself; for 16 years his life was controlled by alcohol, drugs and even illicit sex.  Not bad for the son of a prominent politician from New York State. 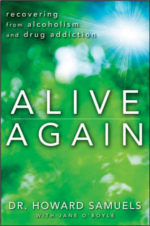 Samuels’ book, “Alive Again” (Wiley) recounts some of Samuels’ more erratic and bizarre life moments, as a teenage addict and rebellious, perhaps even embarrassing offspring.  But Samuels insists the book is really not about himself.

“It’s a self-help book,” says Samuels during his Steppin’ Out interview.  “It’s not a memoir.”

Samuels life included memories most people would chose to forget: There was the time his addiction lead to an arrest just as his father was running for Governor of New York.  There was also the time he was arrested on suspicions of being a terrorist.  That arrest came amidst his plan to move to Afghanistan, not to cohort with the Taliban, but to become an opium kingpin.  Both arrests made the front pages from the New York Post to Rolling Stone magazine.

Those are quite distant memories now for Samuels, now in his 60’s, as he administers one of the more prominent addiction treatment centers in the United States. 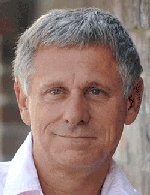 “I always thought I was stupid,” recounts Samuels, who endured learning disabilities as a child.  He says those feelings lead to his eventual drug and alcohol use.  And his book is meant to describe his victory over not just the addiction, but those self-images.  He also hopes it will not just help the addict, but the other figures in the addict’s life who could have the power to begin the transformation.

One based on a real experience.

“I was a hard core dope fiend; a hope to die dope fiend,” comments Samuels.  “And I’m sitting here today with my beautiful boy siting next to me, my two wonderful daughters, a wife.  I’m married!  I mean, I have a life to be proud of!”