Artie Lange (@artiequitter) has the comedy career most funny people can only dream of:  In his twenties, he became the king of stand-up clubs and sketch TV, making money like he had never before dreamed he’d ever earn.  And that money 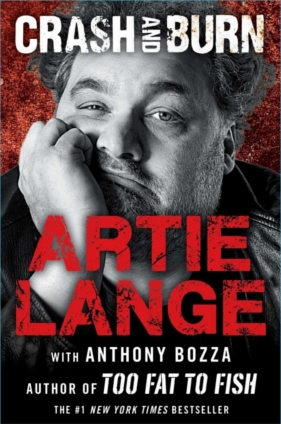 “My drug and alcohol problem gradually got worse, ” recollects Lange about his time on the hit comedy television program Mad TV.  “Weed and booze turned into cocaine.  A lot of cocaine.  I had a bad cocaine problem and I took that out to Los Angeles.”But the addictions took a toll on him.

“I tried to commit suicide because I ran out of coke one night,” remembers Lange.  “I thought that was a low point.”

Lange’s career had its ups and downs;  He did sitcoms and movies.  He also had some times were the work was scarce.  But his arrival to the Howard Stern Show brought a new career height:  Comedy club gigs gave way to engagements at Carnegie Hall.  But also came the new depths of addiction.  For the next five years, he chased heroin.

“I’d love to go back and time and wrestle that guy to the ground, just not to do that,” says Lange during his Steppin’ Out interview. 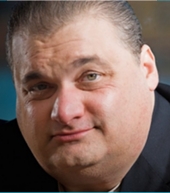 “Crash and Burn” details how his fairy-tale career took a dive and how he bottomed out.  He left the Stern show and and attempted rehabilitation.  But he never finished.  He ran out of heroin on January 2, 2010.

“I grabbed a knife and slit my wrists, but it didn’t work,” says Lange.  “I stabbed myself in the stomach nine times thinking I’d bleed out.”

“Thank God they did.  They found me.”

Lange’s career is back on track.  He’s clean.  He plays gigs and even has his own radio program.  But he still has scars on his stomach from last suicide attempt.