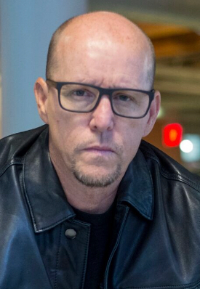 In addition to his work at the Foundation, Jim has also produced a number of films centered around the issue of substance use disorder. His company Wahl St. Productions released If Only in 2015, and since then, the film has been shown to hundreds of thousands of people in communities across the country. He is currently working with the DEA to bring If Only, through a series of youth opioid summits, to the areas of the country most devastated by this epidemic.

Wahl St. Productions continues to produce films designed to keep the focus on this issue, and just released their latest film The Circle of Addiction: A Different Kind of Tears this summer.

A cast member and producer on the A&E hit show Wahlburgers, Jim has earned producer credits and logged airtime with his famous family and friends. He frequently works with the production team to shape episodes.

James Walhberg on Steppin’ Out Radio