Jeffrey Veatch, a news writer at ABC News Radio for 40-plus years, won a national Writers Guild award in 2007 for ABC’s World News This Week.

In September 2008, Veatch’s life took a drastic turn when his 17-year-old son, Justin, died from an accidental drug overdose. Justin was an exceptionally talented musician on the verge of recording an album of his original music work. After his death the Veatch family founded the non-profit Justin Veatch Fund, a 501(c)3 organization based in Yorktown. In 2009 The Justin Veatch Fund began awarding $1,000 scholarships to graduating high school seniors planning further studies in music. Twenty-two scholarships have been awarded to date. 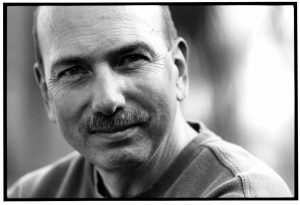 The Fund also joined with the Yorktown Teen Center to create monthly open mic nights and then independently created music programs for teens, culminating in annual concerts in which talented teens open for well-known headliners. In 2012, Veatch created the multi-media talk A Message from Justin which tells Justin’s story in a very personal way with the goal of changing the attitudes of young people on the dangers of drugs.

In November 2014, Whispering Spirits, an independently produced documentary about Justin and the Veatch family, premiered at The Jacob Burns Film Center in Pleasantville, NY. The film was distributed to more than 300 anti-drug coalitions in 36 states for community showings and was endorsed by The National Council on Alcoholism and Drug Dependence (NCADD). With the release of the film, interest in A Message from Justin has expanded outside the greater New York region.

Veatch has since retired from ABC News and devotes most of his time to The Fund, his talk and distribution of the documentary film.

Jeffrey Veatch on Steppin’ Out Radio