Helaina Hovitz was 12-years-old and in middle school three blocks from the World Trade Center on September 11th, 2001. Her memoir encapsulates the journey of a girl growing up with Post Traumatic Stress Disorder after living through the events of 9/11 firsthand, chronicling its effects on a young girl at the outset of adolescence and following her as she spirals into addiction and rebellion, through loss, chaos, and confusion. 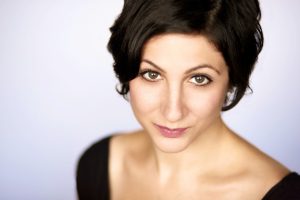 The events and experiences that are now common knowledge to everyone were a very real part of Helaina’s life, and are still as vivid in her memory today: the sickening thud of falling bodies hitting cars, the crumbling towers, running for her life as she tried to get home, her universe engulfed literally in a cloud. Hundreds, including Helaina, were stranded in the neighborhood, also just blocks from the fiery remains of the Towers, without phones or electricity or anyone to help. For fear of subsequent attacks, not to mention the toxic substances in the air, everyone was urged to stay inside their debris-filled apartments.

Anyone who has survived a horrific event knows that just because a body remains in motion does not mean everything will simply “go back to normal.” The chemistry of the brain and the body changes, impacting our relationships, our choices, and how we experience the world around us. Yet, we rarely find out what actually happens to people as they try to move on from a life-threatening experience—especially children, who are just beginning to develop an understanding of the world around them.

It would take Helaina more than a decade to overcome the PTSD—and subsequent alcohol addiction—that went misdiagnosed and mistreated for so many years.

In many ways, After 9/11 is the story of an entire generation growing up in the aftermath of America’s darkest day.It is the story of a group of children who directly survived September 11th, 2001 and bore its invisible scars for the rest of their lives.And, for one young woman, it is the story of a survivor who, after witnessing the end, got to make a new beginning.

Helaina Hovitz on Steppin’ Out Radio.