Toronto-born Jeff Wincott (@jeffreywincott) has a long and varied career as an actor. He graduated from Ryerson University for Theatre, and received training with Stella Adler, Michael Kahn, and Eli Rill. He studied Martial Arts from a young age, (has a black belt in Taekwondo) and is acclaimed for his action-based feature films. With 30 films, 6 roles in theater, and nearly 150 appearances on television, including co-lead in the award winning series Night Heat, Wincott is sought-after because of his versatility. He can play the hero or the villain, but don’t forget about his comedic talents or his voice skills. 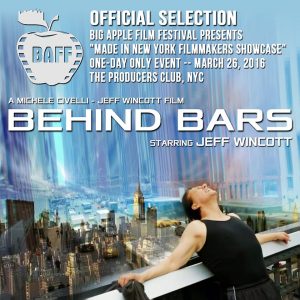 Wincott has appeared in 30 movies, 150 appearances on television and the lead in the award winning TV series Night Heat. Currently, Jeff can be seen in the Netflix series The Lizzie Borden Chronicles and this summer as Detective Lucas in the HBO miniseries The Night Of starring John Turturro.

Listen to Jeff Wincott on Steppin’ Out Radio