Tony Mandarich is a former American football offensive tackle who played in the NFL for seven seasons.  He was picked in the first round of the 1989 NFL Draft to play for the Green Bay Packers.  He would also later play for the Indianapolis Colts. 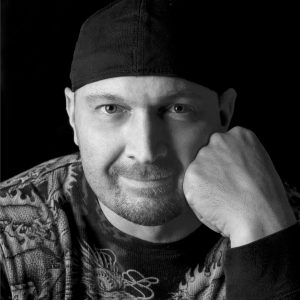 Referred to as “the best offensive line prospect ever”, he was highly touted during his collegiate career at Michigan State University, leading to his high selection in the ’89 draft by the Packers. However, Mandarich was unable to live up to expectations and was released following four seasons with the team. After five years away from football, he returned with the Colts, with whom he spent his last three seasons. He was the only top-five pick in his draft class not to be inducted into the Pro Football Hall of Fame.

Tony’s now written a book,  My Dirty Little Secrets – Steroids, Alcohol & God: The Tony Mandarich Story , and he’s the subject of ESPN’s feature Mandarich, a 44-minute documentary looking back at his college and NFL career.

“The overriding sentiment, however, is one of emptiness. Not so much for promises unfulfilled, but for sins not repented. Maybe some day Mandarich will set the record straight and answer all the nagging questions he leaves behind. I hope so.”

For all the sports writers, fans, coaches, friends and family, My Dirty Little Secrets sets the record straight.  On the 20th anniversary of his draft in 1989, Tony reveals the reasons why he never achieved what the nation expected of him, and what he expected of himself. His story is an inspiration for alcoholics and drug abusers, and offers hope for those trying to help themselves out of the nightmare of addiction.

Listen to Tony Mandarich on Steppin’ Out Radio