The path that Dr. Jerome Adams took to the office of U.S. Surgeon General begins in this southern Maryland town, where crab restaurants dot the rural landscape, where signs warn drivers to watch out for Amish horse-drawn buggies, and where he grew up on a rolling road with three siblings, including a brother five years his junior. Phillip.

But as Jerome’s career has taken flight — he’s won scholarships for college and medical school, taken charge of a state health department, and ascended to become “the nation’s doctor,” as his job is nicknamed — Phillip’s has been diverted. 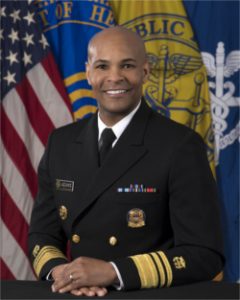 For two decades, the younger Adams has struggled with substance use disorders, the consequence of an untreated mental health issue, his family believes. With his addiction unaddressed, he has cycled in and out of incarceration for years — a living emblem of the intractability and reach of the public health crisis confronting his brother.

“One of the most frustrating things is being surgeon general of the United States and feeling like you can’t help your own brother,” Jerome Adams said last month in his Washington office, in his first extensive interview about his brother.

About 25 miles away from Jerome’s office, Phillip is serving a burglary sentence in a state prison in Jessup, Md.

“My substance abuse has been the key factor for my history of incarcerations and I’m very tired of the road I have been on with my drug use,” Phillip, 38, wrote last month in a letter to STAT.

Jerome, who was sworn-in in September, has watched as addiction has not only ransacked his brother’s life, but wrested their whole family. His sister, while in college, had money she had saved from a waitress job stolen from inside her pillowcase. His mom has called Jerome crying, at a loss for how to help Phillip.

As the Surgeon General, Dr. Adams holds the rank of Vice Admiral in the U.S. Public Health Service Commissioned Corps. In this capacity, he oversees the operations of approximately 6,500 uniformed health officers who serve in nearly 800 locations around the world, promoting, protecting, and advancing the health and safety of our nation.