Ryan Holiday is a media strategist and prominent writer on strategy and business. After dropping out of college at nineteen to apprentice under Robert Greene, author of The 48 Laws of Power, he went on to advise many bestselling authors and multi-platinum musicians. He served as director of marketing at American Apparel for many years, where his campaigns have been used as case studies by Twitter, YouTube, and Google and written about in AdAge, the New York Times, and Fast Company. 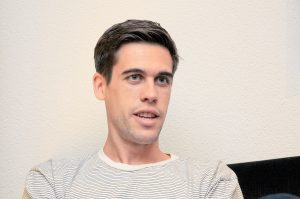 His first book, Trust Me I’m Lying — which the Financial Times called an “astonishing, disturbing book” — was a debut bestseller and is taught in colleges around the world. He is the author of two other books and is now published in 16 languages. He currently lives in Austin, Texas with his rebellious puppy, Hanno and pet goats.

Ego Is The Enemy is a philosophical exploration of difficulties we create for ourselves in life. Early in our careers, ego impedes learning and the cultivation of talent. With success, ego can blind us to our faults and sow future problems. In failure, ego magnifies each blow and makes recovery more difficult. At every stage, ego holds us back.

The book draws on a vast array of stories and examples, from literature to philosophy to history. Using the stories of people like William T. Sherman, Katharine Graham, Bill Belichick, and Eleanor Roosevelt, all of whom reached the highest levels of power and success by conquering their own egos. It also tells a bit of Ryan’s own story over the last two years, and the disastrous effects of ego on the companies he’s helped build as well as in his own personal life.

Listen to Ryan Holiday on Steppin’ Out Radio