The childhoods of Johnny and Adrianne couldn’t have been more different. Not only were they born more than one thousand miles apart, but the cultural and financial contrasts between their respective childhoods were equally stark. 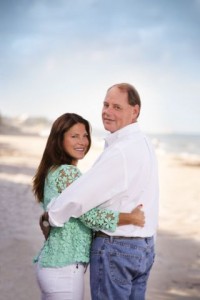 Old-money wealth and privilege defined Johnny’s childhood in Ladue, Missouri, which is to St. Louis what Scarsdale is to New York City or what Beverly Hills is to Los Angeles. From the moment of his birth, Johnny’s world included private clubs, private schools, private planes, high-society etiquette, and a loving nanny named Lizzy.

Middle-class Jewish family values, bickering but loving parents, and the distinct character of Long Island defined Adrianne’s early life. It was public school, public transportation, Jones Beach, and “Lawn Guyland” rather than “Long Island” or “tawk” instead of “talk.”

However, Johnny’s and Adrianne’s childhoods shared tragic similarities that damaged each of them to the cores of their psyches and emotional well-being and brought them to the brink of death.  Where their stories diverge from so many others is that rather than fall into the darkness, Johnny and Adrianne reached for the light. Thus began their respective journeys of healing, which led from the slow death of addiction to a serendipitous meeting, falling in love, and building a shared life with the goal of helping others in need.