Gavin’s @itsgavinmacleod career spans over fifty years in TV, Film, and Broadway.  He continues to act on and off the screen.  His most recent movie, The Secrets of Jonathan Sperry is​ ​​​​​​​​​​​​​​​​​​​a heart-warming tale that leads three young boys to understanding what “loving thy neighbor” is all about. 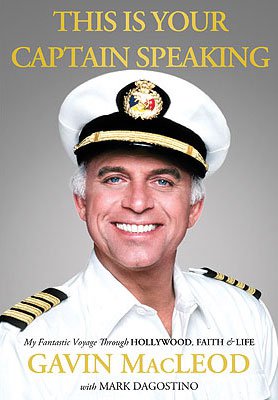 He’s remembered for roles in such classic TV shows as McHale’s Navy and The Mary Tyler Moore Show, but his visage is most remembered as that of the affable skipper Captain Steubbing on The Love Boat.

But aside from what most would think is a fabulous Hollywood career and storybook life, MacLeod long battled with addiction and depression which brought him to the brink of suicide.  Today, MacLeod lives a life free from his addiction and in a positive light.

Gavin has been an Ambassador for Princess Cruises since 1986.  He would like to extend a special thank you to Princess Cruises for all the fantastic memories and trips around the globe.  The “Captain” continues to travel throughout the world making appearances.

Gavin MacLeod also authored This Is Your Captain Speaking, a personal account of his career.

Listen to Gavin MacLeod’s interview on Steppin’ Out Radio.