Jim Jensen began his career as a salesman with Encyclopaedia Brittanica in his senior year of college. Within seven years he had become International Sales Manager in charge of worldwide sales. At the age of 28, he became Senior Vice President and CEO of Great Books of the Western World, a division of Encyclopaedia Brittanica. In this same year (1969) Jim and his wife, Jeri, attended a 4 day seminar that would have an incredible impact on his life forever. As is written in the Introduction, Jim became both a voracious student and, ultimately, teacher of many of the principles written in his book, 7 KEYS To Unlock Your Full Potential. 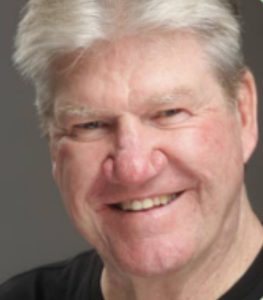 Jim also became President and CEO of two additional companies that each became the leading company within their respective industry. Jim attributes much of the success of those companies to the management and employees embracing many of the principles taught in his book.

Today, Jim provides executive coaching, consulting, and advisory services to emerging growth and mid-size companies. He is an active member of the World Presidents’ Organization, and serves on the board of directors of the Institute of Noetic Sciences, Aspen University, and is Vice Chairman of American Global Health Group.

Jim and his wife, Jeri, live in Seattle, Washington.