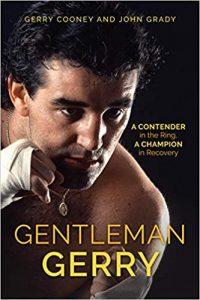 Renowned prizefighter and noted recovery advocate Gerry Cooney returns to Steppin’ Out Radio to talk about his new book, detailing his life and his troubles with addiction.

Gentleman Gerry: A Contender in the Ring –  A Champion in Recovery –  chronicles the career of a boxing legend, the challenges and triumphs of a trauma survivor, and an alcoholic’s journey to sustained recovery.

Gerry Cooney and John Grady provide a detailed account of how the former contender went from an abused childhood to becoming a two-time Golden Gloves champion. More than just a biography, this book explores the challenges of surviving difficult moments and overcoming obstacles such as alcohol addiction. The authors also provide historical perspectives of the era and behind-the-scenes insight into the world of professional boxing.

Complete with photographs from esteemed sports photographer Joe DiMaggio and stories directly from Cooney himself, this book offers an unprecedented look into Cooney’s life and the lessons he learned. Fans of boxing, as well as sports enthusiasts and others recovering from addiction, will find Gentleman Gerry a must-read.

Praise for Gentleman Gerry: A Contender in the Ring

“Gerry Cooney was not only one of the hardest punchers we’ve seen in the heavyweight division, but also the most loving, sharing, and forgiving human being of all times. Boxing is better for Gerry—just read and see.” – George Foreman, member of the International Boxing Hall of Fame

“Cooney’s story has never been told this thoroughly, this well. It makes for a great read.” – Steve Farhood, boxing analyst for Showtime and member of the International Boxing Hall of Fame 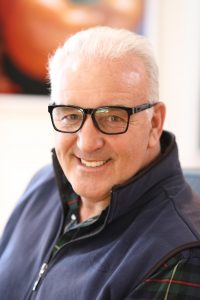 Boxing fans across the U.S. will probably remember that Gerry Cooney came from nowhere.

Cooney, raised on New York’s Long Island, made the jump from amateur boxer to professional prizefighter at just 19 years of age.  And it seemed like to everyone, including himself, he would be unstoppable.

“I built up a record of 25 and 0,” says Cooney.  “I got the chance to fight for the Heavyweight Championship of the World!”

But what many didn’t know at the time was how much a part alcohol played both in Cooney’s career and in his personal life.  He drank early himself, but it wasn’t until later that booze began to run his life at a time when his professional life needed tending to.

But his alcoholism didn’t begin early.

But soon, he learned that the world of professional boxing was as much about politics as it was about athleticism.  Due to who he chose to do, and not do, business with, he began to fight less and less.  And after that momentous 25th victory, he hit a long dry spell.

“I wasn’t part of Don King’s empire,” laments Cooney about the charismatic promoter.  “And so, I was fighting once a year.   As a professional athlete, you need to perform three to four times a year.”

And with nothing else to do, besides training, he started drinking for fun and partying more.

And with no future fights on the horizon, He didn’t do much else.

“I didn’t have a job.  I was just training,” said Cooney.  “And seven nights a week there was a place to go.”

Fights came in two-year increments, and his performance which one dazzled fans and columnists, now was considered lackluster.  And so Cooney turned his focus to drinking, and kept it there until one April morning in 1998.