Born into a tribe of movers and shakers, he was raised between his pioneer family’s farm in Florida where his great grandparents homesteaded during the Civil War, and his Dad’s Wyoming cattle ranch. The boldness of his family and the richness of his heritage made him a passionate man. 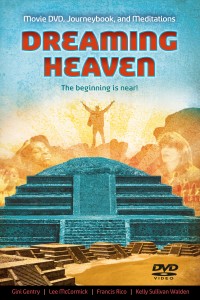 But he grew up into a world that provided him a road to substance abuse and addiction. He now knows he addiction formed out of uneasiness with his own self that began in childhood.

“I always felt like I was on the wrong planet, as a kid,” says McCormick. “It was like, ‘What am I doing here?'”

In his late teens and into his twenties, McCormick began a professional music career. While touring, he learned that cocaine could soothe him. It made for an easy escape form a marriage that often left him psychologically troubled. His marriage crumbled, but his drug use continued and worsened, until one day he had a drug-induced health crises that scared him into seeking sobriety.

His time in rehabilitation lead McCormick seeking spiritual renewal through Native American traditional healing. He’s would later found The Ranch Recovery Center in Nashville, Tenn. and the Canyon Treatment Center in Malibu, Calif. He’s now the CEO of the Integrative Life Center in Nashville and the author of The Spirit Recovery Meditation Journal.

McCormick is also now the producer of Dreaming Heaven, a film documenting the experiences of 18 different people seeking spiritual renewal and recovery at the pyramids in Teotihuacan, Mexico.

On Steppin’ Out Radio: