In the case of Alcoholics Anonymous, media continually cite Bill Wilson as the hero—the founder of the original 12-step program that has, arguably, done more than any other treatment to heal alcoholics and other addicts. Wilson always makes the fame lists—from Life magazine’s “100 Greatest Americans of the 20th Century” to New York Times columnist David Brooks’ piece “Bill Wilson’s Gospel”—but few make mention of Dr. Bob Smith. Biographies of Wilson are evergreen and sometimes excellent; there are no comparable biographies of Smith.

Smith was an Akron surgeon who, with Wilson, in one six-hour chance meeting in 1935 in Akron, Ohio, created Alcoholics Anonymous. Partly because of our culture’s focus on “the great man,” and the fact that Wilson was a sophisticated New York stockbroker and tireless self-promoter (described as “a man who could talk a dog off a meat wagon”) while Smith was a humble, reserved rectal surgeon, Wilson gets almost all the credit. Smith is a kind of forgotten man. His story is no less harrowing and worth knowing. 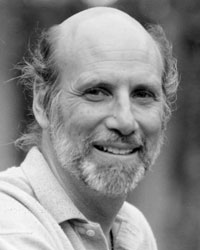 In 1986, when we began researching material for a play about the relationship between the two men, the information on Smith was sparse. Only in Akron, when we met and made friends with Sue Windows, Smith’s only daughter, did we begin to understand him. Sue and the other locals were delighted that in the play Smith and Wilson would be equals.

Smith’s story of alcoholism was every bit as horrific as Wilson’s. In his words, “I used pills and booze every day. I woke up in the morning with the jitters, took a sedative to steady my hands for surgery, started drinking again in the afternoon, needing to get drunk to sleep. Sometimes, in the operating room, I’d be high as a kite. Lucky I haven’t killed somebody.” And his eventual recovery was focused on humble “service”; without pay he treated over 5,000 alcoholics at St. Thomas Hospital in Akron.

As he put it his one of his last talks: “Even now I still think I could probably knock off a couple of scotches, but then I say to myself, ‘Better get back on the job, big boy, better go see some of the drunks on the ward.’ Giving of ourselves, our own effort, strength, and time—it takes practice, you know, to learn that spirit of service.”

Yet AA is not about one man or the other. The essence of AA is that it is an and program—the fellowship and healing power arises in the meeting of the two. In Wilson’s words, “I realized that no amount of willpower could keep me away from a drink. The only thing that could keep a drunk sober was telling his story to another drunk.”

They discovered that, just as in medical illness itself, in addiction there is a danger in isolation, and there is a healing in mutual connection. In fact, current medical research suggests that isolation has detrimental effects on the immune system, and connection may stimulate it—and this has relevance for treatments, such as for melanoma and other cancers.

In addition to finding a way to recover, the two men made other discoveries that changed how medicine is practiced today. By finding that a patient suffering from a particular disease is helped by meeting with other, similar sufferers, they started what we now take for granted: same-disease support groups (breast cancer, child abuse, war-trauma, etc.). By realizing that alcoholism is a disease with three elements—physical, psychological, and spiritual, and had to be treated in all three arenas—they discovered the holistic movement, currently labeled the biopsychosocial model, that is now at the heart of modern medicine. All in 1935, eight decades ago.

Our pundits and columnists will continue to tout the lone hero who prescribes—and sometimes proscribes—to millions. But the healing, not just of the millions of recovering alcoholics and addicts in 12-step programs, but the hope for healing of the world, lies beyond the hero. The adversarial stance of I/you, either/or, dominates American culture, from what we drink or drug or eat, to whom we see as enemies. The promise is in shifting from the individual to the quality of the relationship, to that and, to a fellowship of mutual healing.

Samuel Shem and Janet Surrey’s play, “Bill W. & Dr. Bob” is listed as the longest-running Off-Broadway production to date, with more than 250 showings.