It is believed there are 23 million U.S. citizens in recovery. They go out about their lives, among everyone else, hiding in anonymity. The power to be anonymous is the core of many “Twelve Step” programs that ensure a peaceful path to recovery under the protection anonymity affords. 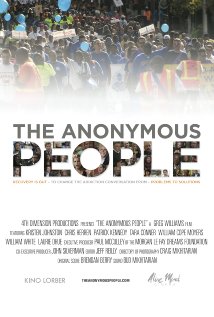 But some are finally speaking out in the new documentary The Anonymous People.

“It actually captures, for the first time on film, people who are stepping out,” says filmmaker Greg Williams in his Steppin’ Out interview. “Not just about their own recovery stories but actually attaching themselves to a social issue and a cultural cause.”

Williams argues there are two ideas behind his documentary. The first is that the rest of the nation and world should see that there is more to addiction than the darkly funny self-destruction of celebrities that often graces tabloid shows and gossip websites. But the average person for whom recovery is a success, the shield of anonymity has prevented their stories from being told.

“There’s also this element that the media can’t access people in recovery to tell their stories.” 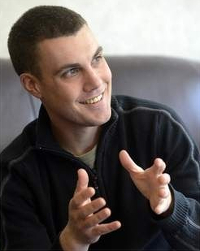 Williams understand this problem, as he believed for a while that anonymity was required. He made the decision to enter recovery as a teenager.

The second idea for Williams is to promote the concept that addiction is a public health issue, and that only speaking about it can society find real solutions to it.

“We can remain anonymous if we want, ” says Williams. “Certainly some people need to stay anonymous for a while. But those of us who can, if we tell our stories, huge change is possible around addiction.”