Gary Mendell spent his career as the chief executive of a rather large hotel chain. It was a billion-dollar corporation. But with all his success and the comfort it could bring, Mendell’s family could not be immune to the problem that so many families endure: His son was an addict.

Brian began using drugs and alcohol as a teen. He would enter and exit treatment programs, only to relapse. He finally found sobriety but one morning after a year of not using, he took his own life. 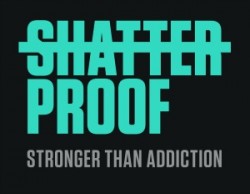 The loss triggered a change for Gary. Today, this experienced CEO who has been appointed to presidential panels now heads Shatterproof – an advocacy group dedicated to changing the social concepts surrounding addiction.

“At 14 or 15, to the young or developing immature brain, smoking marijuana can be a death sentence,” says Mendell in his Steppin’ Out Radio interview. “Not that it’s going to overdose and kill you. It can cause depression. You can lose your IQ. It can hurt your memory. It leads to all kinds of things at that young age.”

But Shatterproof also seeks to end the stigma surrounding addiction. that, Mendell says, is what killed his son. Brian had been clean for thirteen months the day he ended his life, leaving a note to his parents detailing why.

“He didn’t die of taking his life, if you ask me,” says Mendell. “Brian died of shame. Brian died because he was ashamed. He said in his suicide note, ‘I don’t want to hurt anybody anymore’.”

Mendell says everybody, treated Brian as he were a ailed person, and not a person struggling with illness. Even in sobriety, he says, Brian felt as if the world could not forgive him. 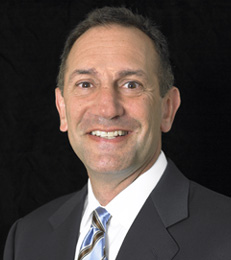 “About four months before he died, he said to me, ‘Dad, three hundred years ago they used to burn women at the stake in Salem, Massachusetts because they thought they were witches. Then they realized they weren’t and then they stopped. Maybe at some point in the future they will realize I’m not a bad kid.”

Mendell says he came to realize there was a real hostility towards addicts.

“This is the civil rights issue of our age.”

He believes that attitudes towards addicts and their illness must change, that just like other groups identified as having special needs, protections need to be implemented for those with addictions.

“Drive up to any suburban hotel in the United States. There are five handicap spaces up front. There are railings for the handicapped. There’s the Americans With Disabilities Act to protect these people. But for someone who is in recovery, they walk into the hotel and they get thrown right into a guest room that’s got a minibar. Why is that fair?